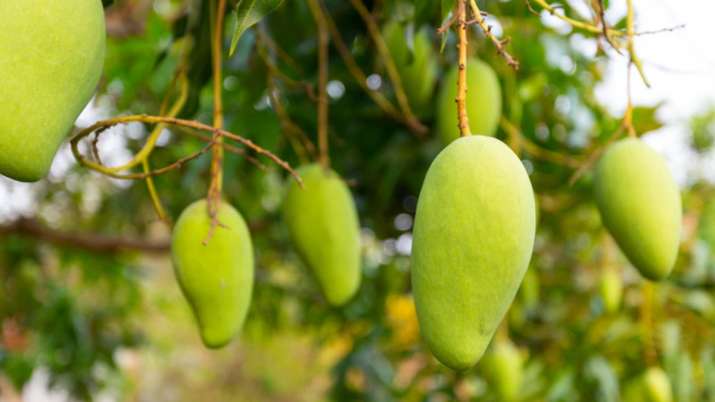 National Mango Day 2022: Mango, called the king of fruits, is an integral part of Indian history. Consumed worldwide, the summer fruit is a great source of vitamins A, C, and D. In India alone, mangoes come in several varieties including Alphonso, Langda, Malda, Balia, Amrapali, Himsagar, Fazia, Shamasi, Nigarin Kheria, Chorasya, Dhaman, Dhoon and Gelchia. To honor this exquisite fruit, National Mango Day is observed annually on July 22. On this special occasion, let us take a look at the history and significance of the day.

Mangoes were first grown in India almost 5,000 years ago. This fruit is associated with Indian folklore and has been said that a mango orchard was given to Lord Buddha so that he could rest under the tree. The word mango, which was derived from the Malayalam word manna, began to be used by English and Spanish-speaking nations. Later, when the Portuguese arrived in Kerala in 1498, they heard the word as ‘Manga.’ National Mango Day 2022

Africa started to produce it from the 10th century BC. The mango tree was not introduced into the Western Hemisphere until around 1700 but from its origin country, the mango seeds traveled with humans from Asia to the Middle East, East Africa and South America starting from 300-400 AD and then later to other parts of the world. In the 18th century, it was successfully planted in Brazil. National Mango Day 2022

Now, India is the largest producer of mangoes, followed by China and Thailand. It is known as the National Fruit of India, Pakistan, Philippines, and Bangladesh. Also, Bangladesh marked the mango tree as their national tree to be cultivated.

I love mangoes and Gujarat has a tradition of Aamras. I did not have the luxury to buy mangoes in childhood. So, I used to eat mangoes in the field after plucking them directly from the trees- Narendra Modi, Prime Minister of India.

-It all seems so upside down. Upside down cake. I once had a spectacular mango upside down cake while on vacation in Jamaica. Drenched in caramelized mangos and saturated with Jamaican rum – Jenny Gardiner, Author. -Meditation is not just blissing out under a mango tree. It completely changes your brain and therefore changes what you are – Matthieu Ricard, French writer.